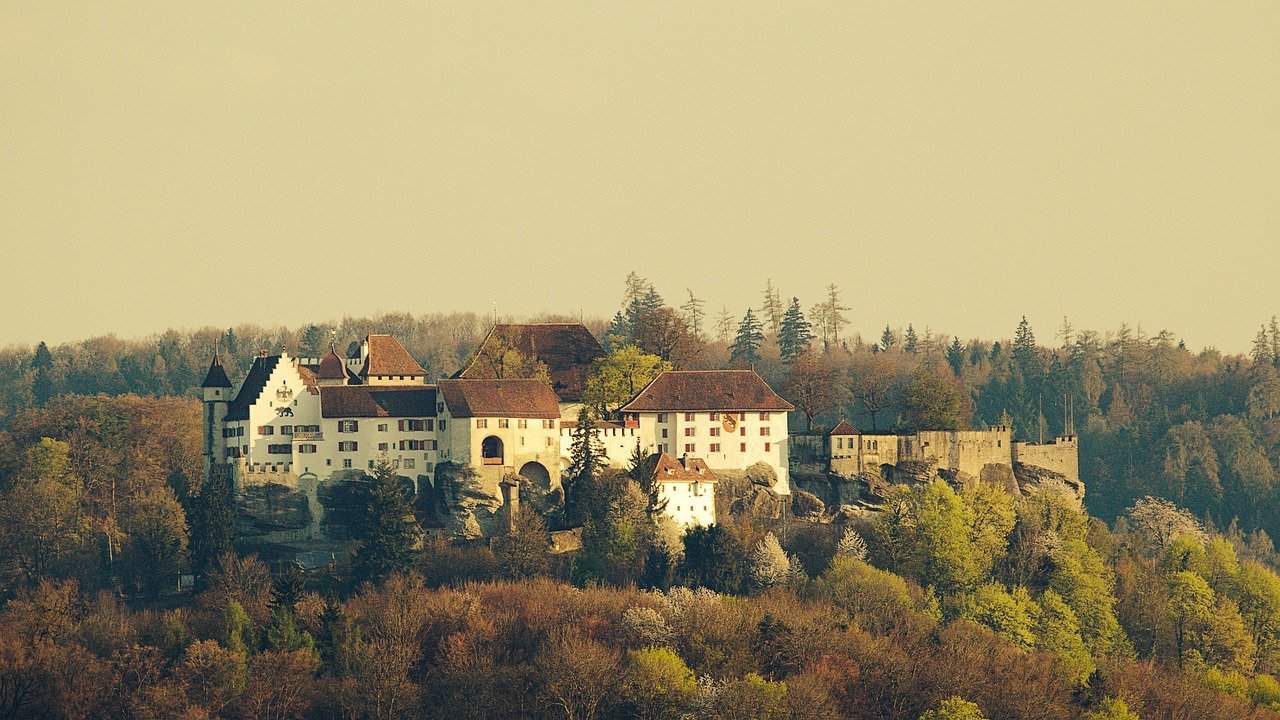 Lenzburg Castle in Canton Aargau is one of the oldest castles in Switzerland. It is also one of the country’s most significant castles. As it sits on a hilltop, it was a good base that was used to protect the Aare Valley. This has been done since the 11th Century.

Contents hide
1 What is the history behind Lenzburg Castle?
2 What are the things to do in Castle Lenzburg?
3 Where is it located?
4 What are the opening hours?
5 Is there an entrance fee?
6 Our Experience
7 Related Posts

What is the history behind Lenzburg Castle?

From the 11th until the end of the 18th century, Lenzburg Castle has been an important military base. At first, it was a military refuge and fort. Ulrich II, the Count of Lenzburg, used to hold it as stated in documents dating to 1077. Count Ulrich died without heirs and the castle was passed on to the Holy Roman Emperor. Frederick I, Barbarossa was the one who took it over in 1173. Later on, the Lenzburg castle was passed on to the Counts of Kyburg.

Two centuries after, the castle of Lenzburg went into the hands of the Habsburgs. This happened because the last count of Kyburg did not have any male heir. Due to this, his daughter Anna was married to a nephew of Rudolf IV. Rudolf IV himself belonged to the Habsburg dynasty. The Habsburgs expanded the castle to build the Knight’s Hall. This was to ensure that their liegemen can reside in and administer their tasks in the castle grounds.

From the 15th to the 18th centuries, the Bernese took over the Habsburg castle. The castle was strengthened for war purposes.

In 1956, the Canton Aargau and the city of Lenzburg bought it. They transformed it after to a public foundation. The castle’s history is colorful. In the past century, it has served as the following: a fortress, an administrative building, a reform home, and a private property

What are the things to do in Castle Lenzburg?

The castle nowadays is a cultural monument and a museum. Together with the Great Knight’s Hall, it is also a good event location. Banquets, seminars, dinners, and anniversaries can be celebrated here.

The castle is now a historic museum. It shows the way people used to live in the late middle ages. Their lives during the Renaissance and the Baroque age are also depicted. It also shows the 18th- and 19th-century life.

The Children’s Museum is on the top floor. It is also an interesting corner. Kids can engage in crafts and costumes. They can do role-playing and pretend to be knights, princesses, or dragons.

In the Gallery, you can enjoy an exhibit presenting various weapons of war. There is also a small café on the premises.

Have you seen the video from Swiss drone? It’s a nice, 2-minute drone video overlooking Lenzburg castle and it looks wonderful.

Where is it located?

The castle is in Schloss, 5600 Lenzburg Aargau. If you come by public transportation, take the bus in Lenzburg going to Lenzburg, Schloss.

What are the opening hours?

The castle is open throughout summer until the 1st of November. It is open from Tuesdays to Sundays from 10:00 AM until 5:00 PM. It is closed on Mondays.

Is there an entrance fee?

It costs CHF 14 for adults to get into the Castle and Museum. Students and younger children pay CHF 10 and CHF 8 respectively. It is free for holders of the museum pass or Raiffeisen members, as well as friends of castle members.

We have been to Lenzburg Castle multiple times. Our children had a Princess and Knight phase when they were young. They also learned about the medieval period back in Kindergarten. So the castle was definitely a hit for us.

To reach the castle, we have tried both taking the car and public transportation. Unfortunately, the train/bus connection timings aren’t really good. So, I would definitely recommend going in the car if you can. It is still possible to go by train and bus, but unless they change the timings, you will have to wait for a long time at the train station.

In any case, there is a short climb going up. You will pass by the streets and to the left will be a tiny play area with small wooden houses. It is perfect for children or even for taking photos. They try to recreate how houses could have looked way back.

Once inside the castle grounds, you will first have to pay an entrance fee. After entering, you will be inside a courtyard and from there, you can walk around or walk inside the castle. The castle starts with several levels of exhibitions as it is a museum. They have various artifacts from the past few centuries with each floor or room focusing on a particular century.

They also have a small shop with some food (Café) and also for souvenirs. The castle is not completely accessible to those with walking difficulties. They have numerous staircases.

On the very top of the castle is a children’s play area. It is really cute and was built like a mini-castle. They have costumes, a mirror, and a King or Queen’s chair to take photos in. They also have an arts and crafts corner for those who want to make their own crown or whatnot.

The venue itself is picturesque. It has Gothic great halls (Knight’s Hall) and romantic gardens. The castle can be booked for special events, anniversaries, and seminars. They have enough space for 260 guests (banquets) up to 500 guests (lectures).