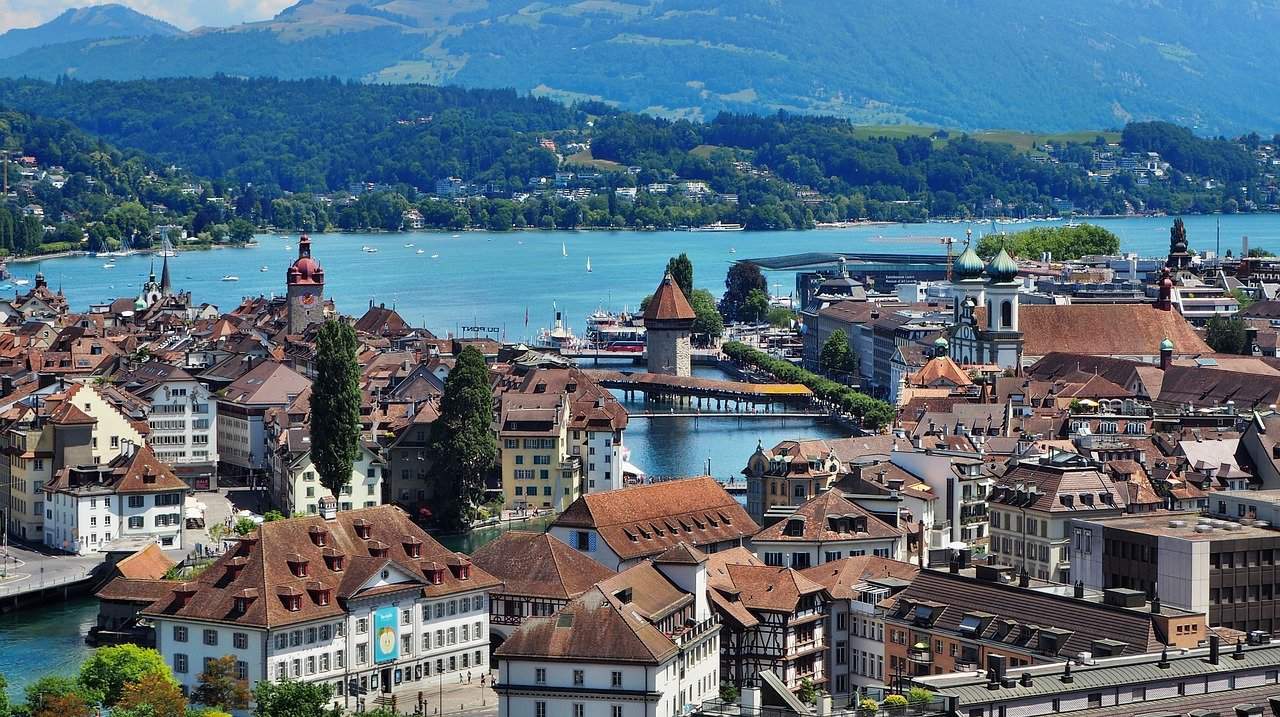 Switzerland is an exciting and diverse country with no less than four national languages – German, French, Italian, and Romansh. Most products and things are translated into at least German and French. After all, 65% and close to 25% of the population speak one or both of these two languages.

The goal of this article is to give you an overview of how widely English is spoken in Switzerland, numerous useful tips and tricks, and give you a sense of what to expect.

Main Languages of the Swiss Population

Switzerland’s Federal Statistics Office reports that the following languages are most commonly spoken at home:

Because the sample size included more than one language, the percentages do not add up to 100%. English was one of the most frequently cited non-national languages, coming in at 5.7%.

However, this does not mean that only six out of 100 people will be able to converse with you in English. Many children and adults have learned English in school or by studying abroad in Canada, Australia, the United States, or the United Kingdom. There are also a lot of expats from other countries that have a good command of English, such as the Netherlands, Sweden, and others.

In summary, the Federal Statistics Office report indicates that nearly 6% of the population speaks English at home as a primary language. And a greater percentage will have a good command of English as their second language.

Is English spoken in Switzerland?

Yes, English is quite widely spoken across Switzerland. Apart from the country’s four languages – German, French, Italian, and Romansh – English is known and spoken. In fact, around two-thirds of its population is said to be able to converse in English. So, tourists should be able to get by fine with just English.

There is no need for you to worry if you do not speak one of the four official languages. Popular tourist regions and major cities will have many of its other residents (or visitors) able to get by with conversational English.

English is widely spoken, said to be around 61% across the country as noted by the institute Education First (see Reference). But proficiency does vary across the cantons or regions. In fact, the valleys in Graubünden have been long so isolated that they developed different versions of Romansh. A person from the valley of Surselva will speak a different version of Romansh compared to a person in the Engadin valley. They are both speaking variations of Romansh by the way. And the inhabitants in Bosco Gurin speak even a more rare language – called Gurinerdeutsch (Guriner German).

English as a Primary Foreign Language

English has risen further in the intervening decade. Some Cantons now teach English as a primary foreign language. In fact, Canton Zurich adopted English as the first language after German back in March 2004 (see Reference). This change entailed that children will have mandatory English classes starting second grade of primary school. After the introduction of English as the first foreign language in the school year 2004/05, succeeding school-children have continued this path. Learning English in Zurich Canton is based on the Common European Framework of Reference for Languages, the guideline used to describe achievements of learners of foreign languages across Europe.

English in the Major Cities

Nowadays, tourists and young people can find shopping malls, restaurants, and hotels with English-speaking staff. Especially in larger cities like Zurich, Geneva, Basel, and Bern, there will be lots of people capable of speaking in English.

Zurich is the largest city in terms of population in the country. Although it is not the capital (note: the de facto capital is Bern), it is known as the financial center. Furthermore, the international airport and the country’s largest train station are both located in Zurich.

Hotel, restaurant, and ticket offices employees in Zurich should have a good command of English because Zurich is so international. Lots of people can get by in the city speaking English. Some people even live in areas with a large ex-pat community just speaking English and never truly manage to learn the local language completely before they move back to their own countries.

Zurich has a sizeable English-speaking community, as do nearby cities like Zug, Baden, and Basel. International employers in these aforementioned cities include ABB, Axpo, General Electric, Siemens, Glencore, Novartis, Roche, Johnson & Johnson, and Bayer. Due to the fact that most big and midsized multinational companies use English as their primary business language, the majority of foreign employees here speak English with good fluency.

Geneva, like Zurich, is a very international area hosting 41 international organizations in the Lake Geneva region (see Resource). More than 30,000 international civil servants and diplomats live in this area.

Geneva has a special place on the international stage with thousands of yearly guests for various events, meetings, and government visits. Thus, this international city is well-equipped to handle visitors from all over the world. And English will be the common language with which they speak to one another.

Zermatt, Jungfrau, Lucerne, and St. Moritz are all world-renowned destinations. Is it possible to get by there by just speaking English?

Yes, popular tourist areas will definitely also have staff, instructors, or guides who can speak English.

Tourist offices have English-speaking staff who can provide you a wealth of information. It might be a good idea to check the opening hours.

The most popular travel destinations will even have English versions of their brochures. Magazines may be also translated into 2 to 3 languages. Some will have 3 columns (1 column in German, 1 in French, 1 in English). Or some tourist sheets will have two sides (one side in German or French and another side in English).

In Switzerland, mainly the older populations may lack proficiency. The older generations did not focus on learning English. But for the younger ones, English is mostly a given. In some primary schools in the German-speaking region, they even offer English earlier than French as a foreign language.

English is not recognized as an official language in Switzerland but is still quite commonly spoken due to widespread teaching. Tourist offices also want to ensure that things and explanations are understood and guests are comfortable.

English has never been reported to be a problem and worth learning in terms of socializing and just handling everyday administrative issues and commercial interactions like phone, internet, banking, and rental contracts. If you want to call a phone hotline, the answering machine normally asks about your language preference. The biggest companies will have English as an option.

Among persons aged 25 or over, one in five learns a second language. English is the most frequently learned language in all language regions (among all apprentices, 35% specify this language), far ahead of French (15%), German (13%) and Italian (11%).

Furthermore, Switzerland is rated as good in the English Proficiency Index. Admittedly, it lags behind its Scandinavian neighbors. But nevertheless, it has achieved an above-average worldwide ranking.

As a general rule of thumb, the central and northern parts of Switzerland have the highest English speakers’ rates, while Zurich has excellent English proficiency rates. Twenty-six different Cantons (parts) of the country speak German, French, and Italian, whereas the rest of the country has lower but still impressive English fluency rates.

The language situation is no doubt more complex in Switzerland than in other countries since there are four main languages. It depends much on where you are going and which language you are the best learning.

Needless to say, you can get by with just speaking English, especially if you visit the most popular tourist destinations.

Here are some useful resources for traveling in Switzerland: