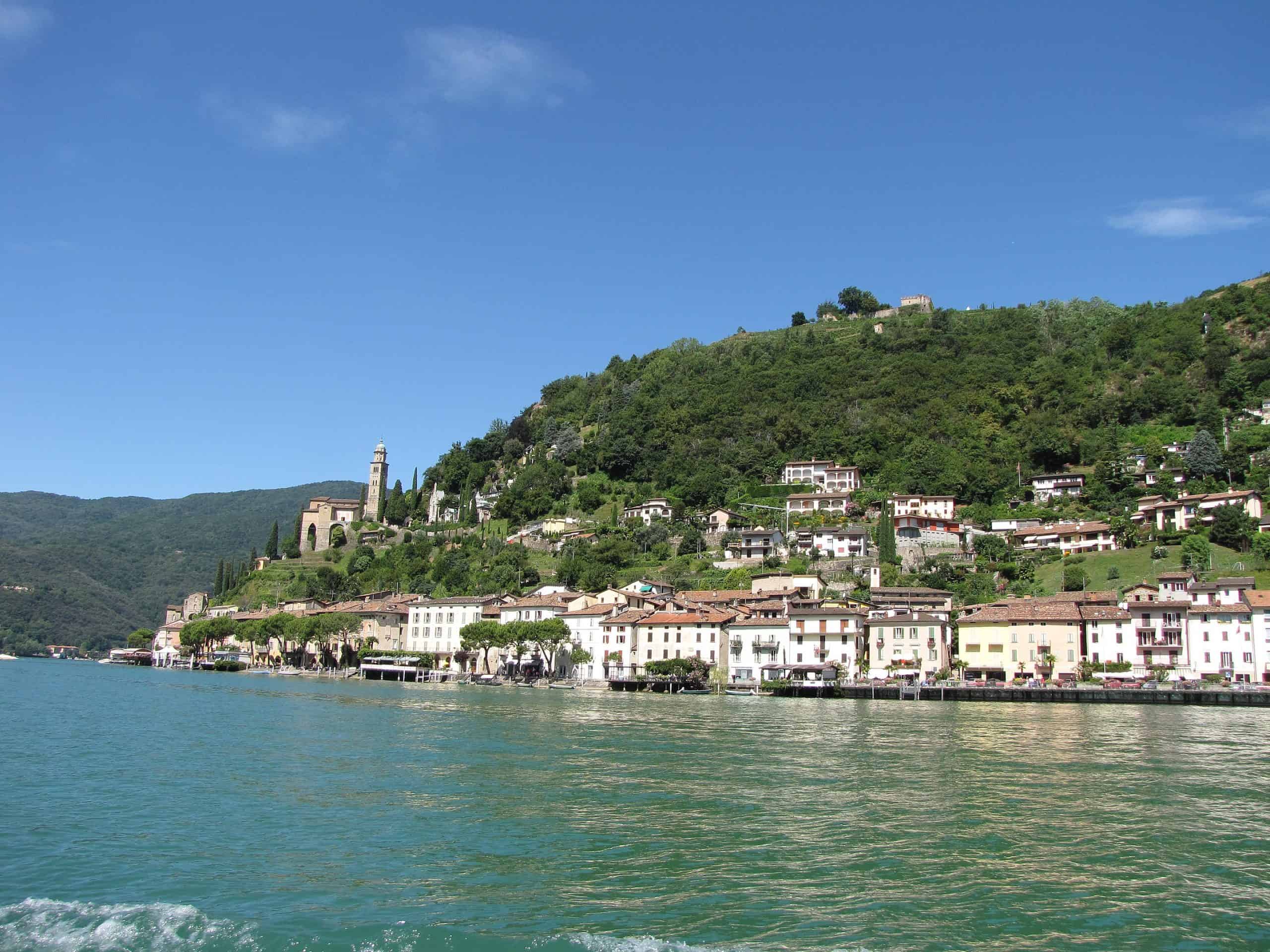 Morcote, which was voted the most beautiful Swiss village back in 2016, truly lives up to its reputation. The village of Morcote sits on the peninsula of Ceresio about 10 kilometers south of Lugano, in the canton of Ticino in Switzerland. Located on the shores of Lake Lugano, it offers a panoramic view of various Italian villages in the Varese region.

Morcote is also known as the “Pearl of Ceresio”. It is also part of the Inventory of Swiss Heritage Sites.

The village is situated between a mountain and a lake. A sense of paradise is maintained by its village center, churches, and gardens. Tourists visiting Ticino nowadays are quite fond of it.

A Brief History and People of Morcote

Morcote derives its name from the Latin word Morae caput, meaning head of the hill. Murcau became Murchoe, then Murchote. Now we call it Morcote.

Due to its strategic location on Lake Lugano, Morcote has been important for trade. Waterways within the lake were used by Italians and Swiss alike. As a result of its proximity to Northern Italy, Morcote served as the largest port on Lake Lugano. Northern Italian goods came via Lake Lugano, were controlled in Morcote, then distributed throughout the canton. The village flourished in commerce until the plague of 1432 killed off the majority of the villagers. However, the village was successful due to its strategic location and fishing industry.

Artists also began moving into Morcote at the end of the Middle Ages.

The tourism industry began back in the nineteenth century. Tourism grew even more as it was named Switzerland’s most beautiful village. In the summer, the lakeside promenade and village center are packed with tourists.

What Can You Find in Morcote?

The village of Morcote has been named as the most beautiful village of Switzerland by media entities back in 2016. This award is presented in particular by SRF and Ringier Media. Morcote is located about 10 kilometers from Lugano. It also sits on the Lake Lugano shore and has a fantastic view of Brusino Arsizio and Varese (Italy) on the other side of the lake.

Several alleys make up the city’s charming district, which is lined with Renaissance and Baroque houses.

If you start from the promenade, you can follow the stairs going all the way up to visit the Santa Maria del Sasso Church. There are around 400 steps going to the Church. Inside, it has beautiful frescoes.

The view from above is beautiful. On the hill of Vico Morcote is one of the most photographed (and most attractive) spots in Ticino.

On the way to the top, you will pass by the Church of Sant’Antonio Abate. This chapel has beautiful frescoes depicting the Apostles and the Holy Family.

Next door is Parco Scherrer. It is a garden with magnolias, oranges, bamboos, and various other plants. This park was established by the textile merchant Hermann Arthur Scherrer.

Arthur Scherrer was a well-traveled textile merchant who brought things from his travels back to Morcote. Art pieces and plants are among his collection. In 1965, the park was gifted to the village of Morcote by his widow. From March to October, visitors can visit the park for a minimal fee.

The video from MySwitzerland gives you a good impression of Morcote – the alleyways, the view from above, the lake promenade, the frescoes, the plants and artwork, and the quiet, peaceful beauty of this place.

How do I get to Morcote from Lugano?

Traveling by boat to Morcote would be a very pleasant experience. It takes around one hour and twenty-five minutes, so it’s not the fastest. You can catch the boat from Lugano port that goes to Porto Ceresio (lago). Following Lugano-Paradiso, the boat stops in Campione, Melide Swissminatur, Capolago, Brusino Arsizio Funivia before reaching Morcote.

By car, it takes roughly the same amount of time as with the bus, about 25 to 30 minutes. Parking lots can be found near the lake promenade.

Morcote is definitely a place worth visiting in Ticino, especially if you are in Lugano. The village is beautiful. Along the lake, you can enjoy a nice meal in a restaurant and then walk leisurely afterward. A portion of the village is even higher uphill, giving you a good vantage point to see Lake Lugano and neighboring Italy. The churches have beautiful frescoes as well, so you should also explore inside. There is also a park surrounded by plants with artifacts from different countries.

Overall, it’s a nice stop – a great getaway from Lugano or any other port on Lake Lugano.