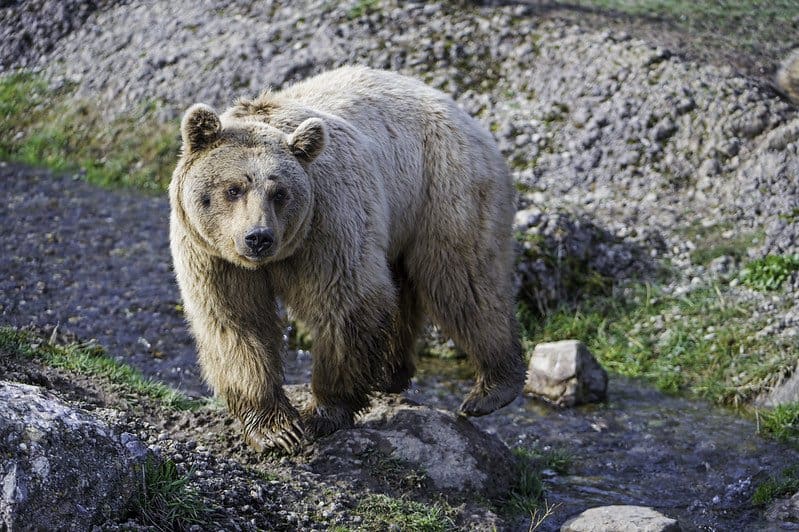 Established in 1925, Tierpark Goldau is a Nature and Animal Park in the town of the same name – Goldau. This 180,000-square-meter zoo was built in the area where rocks fell off the Rossberg mountain. Those working at the zoo cleared the fallen rocks and bushes before bringing in the animals. An associated called Tierparkverein Goldau helped establish this zoo. This group has more than 6,000 members in the whole of Switzerland.

Tierpark Goldau is a fantastic place to bring children. Not only kids will enjoy it here. In fact, it is an interesting and relaxing place to visit for adults too. This is my detailed review of Tierpark Goldau – What are the things to do at Tierpark Goldau? What is our experience like in this Zoo? Do we like it more than other zoos? Find out more below!

Which animals can be seen at Tierpark Goldau?

The zoo has some 100 local and European animals. Some of these animals are listed below.

You can see the following animals in more detail on the zoo’s website.

What can I do at Tierpark Goldau?

Where is Tierpark Goldau located?

The address of Tierpark Goldau is Parkstrasse 40, 6410 Goldau.

How do I get to Tierpark Goldau?

Go to the direction of Arth to Parkstrasse 40, 6410 Goldau. If you are going by car, there is a parking lot in front of the zoo.

What are the opening hours of Tierpark Goldau?

Tierpark Goldau is open daily from 9:00 AM.

How much does it cost?

Tickets to Tierpark Goldau cost CHF 20 per Adult, CHF 16 per student (older than 16 to younger than 25 years old, Identification required), and CHF 10 per child (6 to 16 years old).

You can get a cheaper ticket by buying the combined ticket from SBB. They provide the following reductions if you use the train and buy the admission ticket from SBB together:

All around the park, they have various signs to provide information. At times, they also have special exhibitions or specialists come visit. People come in to bring and disseminate information to park visitors.

We have been to Tierpark Goldau several times because the children like visiting it. In particular, they like buying boxes of food for the deer and mouflons. Together with other children, they simply go near the animals and feed them. After feeding, we just randomly wander around to look at various animals. We like visiting the bears too.

Tierpark Goldau is bigger than Kinderzoo in Rapperswil but smaller than Zurich Zoo. My children tend to prefer visiting Tierpark Goldau compared to other zoos in Switzerland because they love feeding the animals.

Normally in the morning, the animals have yet to eat. But towards lunchtime or after lunch they are no longer interested in eating. They no longer want to be fed. So, normally, we come in early in the morning while they are still hungry. After arriving, our first stop is to feed the deer and mouflons.

The park map is available for download here in PDF form.

They have several playgrounds. They have a carousel, slide, and climbing areas. There is a bagger. Near the deer, there are small fountains with which children can play water.