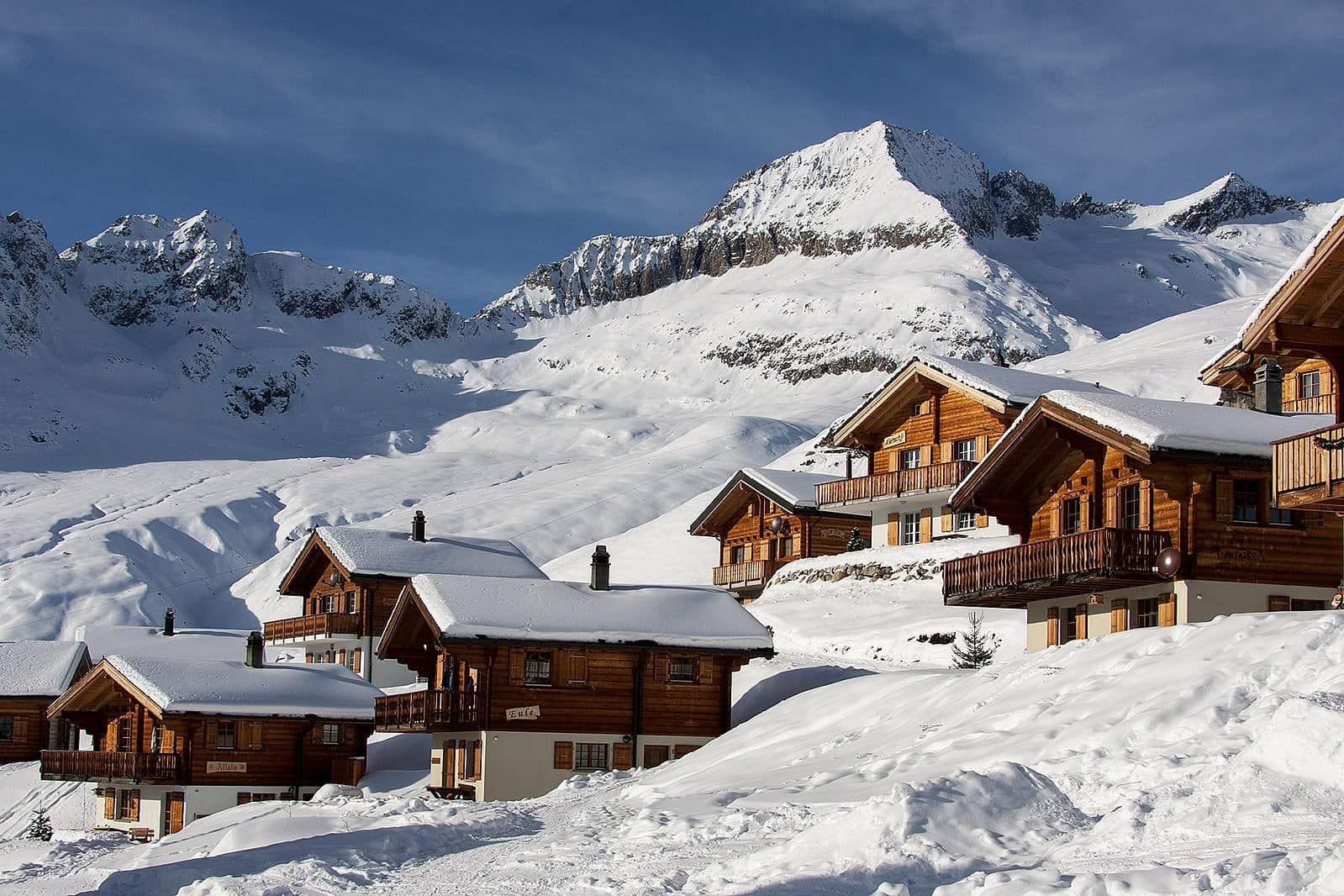 Switzerland is well-known for its many mountains, and it’s never too early or too late to visit. Several of Europe’s tallest peaks are located in Switzerland, and these are all accessible in winter for skiing. However, not all ski resorts are equal. During warmer winter seasons, lower alpine ski resorts can run into more problems, so it is safer to head to the higher alpine resorts to ensure that there is enough snow. A list of Switzerland’s 15 highest ski resorts is presented in this article.

Zermatt in Valais, Switzerland, is a world-class and snow-sure mountain paradise. Its highest peak, in Matterhorn Ski Paradise, is located at a height of 3,883 meters above sea level. They have 360 kilometers of ski slopes in varying levels of difficulty in the ski resort.

The ski resort of Zermatt is the highest in Europe. Zermatt attracts skiers from all over the world.

The Saas Valley is an alpine valley situated in Switzerland’s Visp district. It is located on the eastern side of the canton of Valais. Saas-Grund, Saas-Fee, and Saas-Almagell are some of the villages in the valley. There are both individual and combined ski passes available at the ski resorts. Postal buses connect the regions instead of ski lifts.

Two of the ski resorts in Saas Valley are among the highest in Switzerland: Saas-Fee and Saas-Grund.

Saas-Fee is a high mountain village in the Saas valley situated at an elevation of 1,800 m. Its highest peak, Mittelallalin, is located at a height of 3,500 meters. The ski resort offers 150 kilometers of skiing for all levels of difficulty. Most of the slopes are intermediate runs.

Saas-Grund is located in Saas Valley, Switzerland. On the sunny side of the valley, you can find the Saas-Grund ski resort – Hohsaas. It has 34.5 kilometers of slopes, of which 65% can accommodate artificial snow.  Its highest peak, Hohsaas, is located at a height of 3,200 meters.

Engadin St. Moritz is one of Switzerland’s largest winter sports regions. The resort is among the oldest in the world for winter sports. It surrounds Lake St. Moritz (St. Moritzersee in German), which becomes ice-covered in the winter.

Corvatsch – Furtschellas is the highest point not only in Engadin but also in the entire canton of Graubünden. The peak of Corvatsch rises 3,303 meters above sea level. The majority of the 120 kilometers of slopes are intermediate in difficulty, so it is perfect for those with some skiing experience.

Unlike Corvatsch and Corviglia, Diavolezza is not as big. Nevertheless, Diavolezza’s 2,977 meters still make it taller than most of Switzerland’s other ski resorts. A total of 45 kilometers of slopes are available, most of them intermediate or challenging.

The 4 Vallées is a large and high-altitude ski resort. Six resorts are located in the four valleys: Verbier, Bruson, La Tzoumaz, Nendaz, Veysonnaz, and Thyon.

In winter, there are 410 kilometers of slopes. With 92 lifts, this winter wonderland offers unique terrain for every level (blue, red, and black). Mont-Fort, which towers at 3,330 meters, is the highest.

Among Switzerland’s ski areas, the 4 Vallées are the largest. Additionally, it is the third biggest ski resort in Europe after France’s Les 3 Valleys and Italy’s Sella Ronda.

Belalp-Blatten is a sunny and beautiful region in Valais, Switzerland, full of customs and traditions. With a breathtaking view of the Great Aletsch Glacier as well as many peaks above 4,000 meters high, it is also a popular destination for families. The panorama of the Matterhorn, Dufourspitze, and Weisshorn can be seen from Belalp.

The Belalp region is also part of the Jungfrau-Aletsch World Heritage Site.

Lauchernalp winter paradise is a sunny ski resort with 55 kilometers of pistes. You can start your descent from Hockenhorngrat, 3,111 meters above sea level, for 14 kilometers of thrilling descent.

There are views of 40 mountains higher than 4,000 meters. The Lauchernalp is just as popular with skiers of all levels, beginners to experts, as well as families with small children, snowboarders, and snow enthusiasts. A final descent takes you to Wiler on the valley floor of Lötschental, 1,419 meters above sea level.

Engelberg is a popular ski resort in Switzerland’s central region. Due to its proximity to Lucerne, the city is popular with foreign tourists even in summer. Klein Titlis, the peak of the resort, begins at 3,028 meters.  Skiers of all levels will find something here, whether they’re beginners, intermediates, or experts.

Titlis in Engelberg also has the first revolving cable car in the world.

St. Luc and Chandolin, with their gorgeous views, are the biggest ski area in Val d’Anniviers. You can access the slopes by chairlift, rack railway, and eleven ski lifts. They have a total of 60 kilometers. Bella-Tolla, at 3,026 meters above sea level, is the highest peak.

The Flims Laax Falera Ski Resort is one of the biggest and well-known ski resorts in the Canton of Graubünden. Its highest peak, the Vorab Gletscher, lies at 3,018 meters above sea level.

It is popular due to its four snow parks and the world’s largest half-pipe, as well as for hosting winter races and competitions. Due to its size and variety, beginners, advanced skiers, snowboarders, and freeskiers all have ample space to enjoy their sport.

Gstaad in Saanen is a charming ski resort in the Bernese Oberland region of Switzerland. The region is known to international jet setters, but it maintains a down-to-earth ambiance.

The Gstaad ski area has slopes of varying altitudes between 1,000 and 3,000 meters. Its highest peak is slightly over 3,000 meters above sea level.

The Grimentz – Zinal cable car route is the third-longest in Switzerland.

Schilthorn is a summit in Bernese Oberland, Switzerland. It is a winter ski region encompassing 50 kilometers of groomed slopes between 1,600 and 3,000 meters. Its highest peak, Piz Gloria, is 2,970 meters above sea level. The winter ski area is open until the end of April. It is part of the Jungfrau Ski Region and the proud location of the region’s steepest slope (88% steep).

From Mürren, you can reach the mountain that overlooks the Lauterbrunnen Valley below. The peak also has the Piz Gloria restaurant, located 1,300 meters above Mürren. At the top, you can enjoy spectacular views of the Jungfrau region, Äbeni Flue, and Blümlisalp.

You can watch this fantastic video below, courtesy of Schilthorn, to see just how amazing the skiing is.