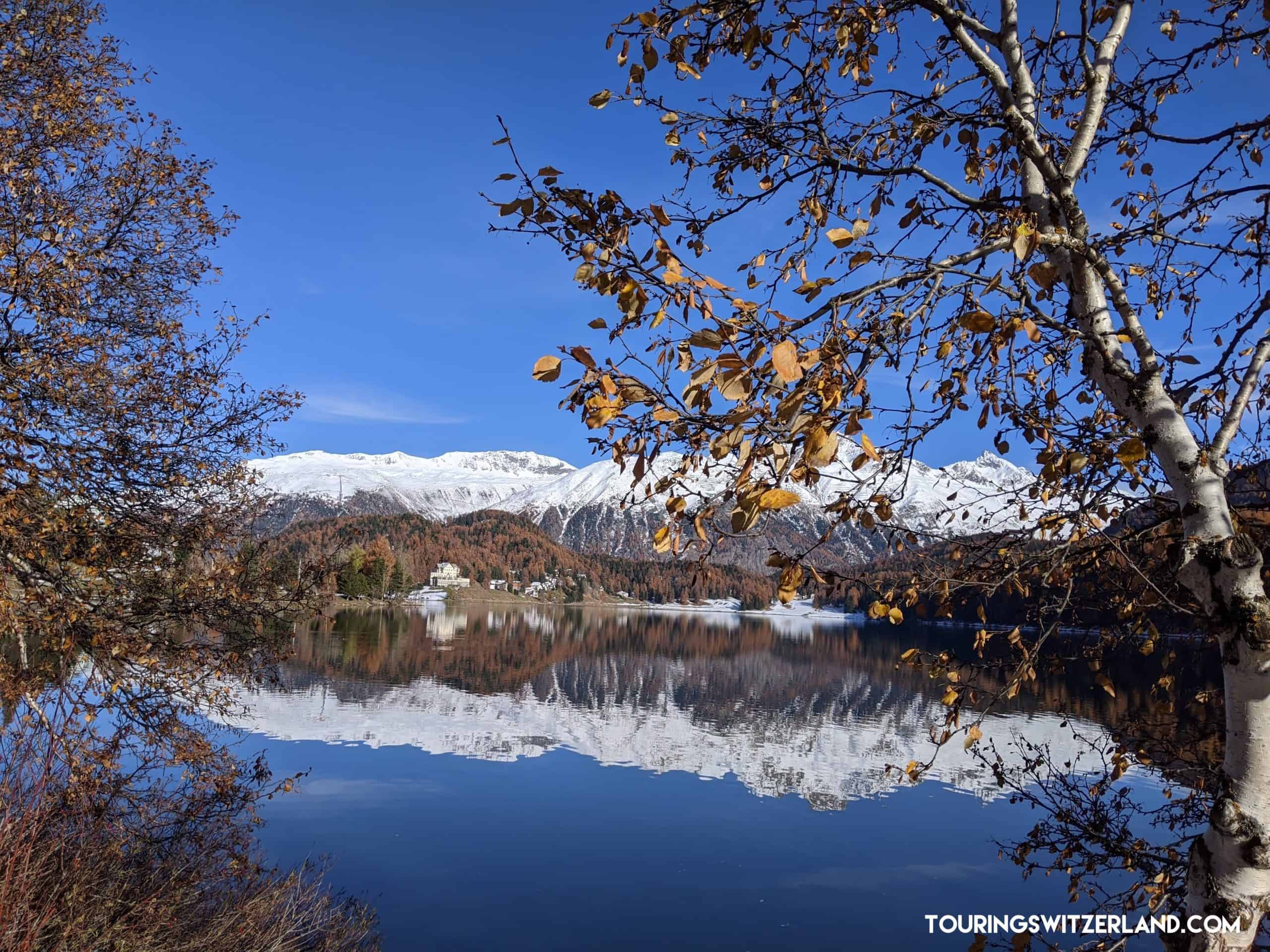 Switzerland has four seasons, each with its own unique character – Winter, Spring, Summer, and Fall. As summer turns to fall in Switzerland, you can create some wonderful memories and capture lots of charming photos. Autumn is a great time to visit Switzerland. We’ve got mild weather and pretty fall colors. Plus, the game season is just around the corner. So, what’s autumn really like in Switzerland?

Autumn is one of the prettiest seasons to visit Switzerland because of the gorgeous fall foliage. There are also tons of traditional festivals in Switzerland during the autumn season. Walking trails in Switzerland are typically still open during the first half of autumn, so you can enjoy the wonderful rusty colors while exploring the mountains and alpine pastures. If you’re thinking about visiting Switzerland this autumn, here’s what you need to know.

When is Autumn in Switzerland?

Although according to the calendar September 1 is the start of autumn, astronomically it starts later. In Switzerland, the astronomical autumn starts on the second equinox of the year. This coincides with when the sun crosses the celestial equator from north to south.

Astronomical autumn in Switzerland starts either on September 22 or September 23 and lasts for three months until November.

Autumn is a great time to visit Switzerland. It’s a nice day for long tours with moderate temperatures. Check out these places to go in Autumn if you’re looking for some inspiration.

Autumn in Switzerland is generally a three-month period from September to November.

Here are some average temperatures in Switzerland from September to November.

Autumn weather in September is likely to start off like late August. In most cities and the plains, we’ll have mild weather, but nothing too hot. The weather will still be perfect for hiking, even at higher altitudes, without the crowds. When you go hiking in Switzerland in September, you’ll need some good boots in case there are any wet conditions up there.

Some of the higher altitude trails (2,500 meters and up) might have snow. Most of the normal hiking and biking trails below 2,500 meters will be open.

Most mountain passes will be open, too. If you plan on driving up higher mountain passes, you might want to change your summer tires to winter tires in case it snows early.

September is when most lidos and pools close. By the end of September, most are closed.

Autumn starts to sneak up on you truly in late September when leaves start turning colors. By then, green grasslands and leaves turn yellow. Engadine is a great spot for autumn foliage.

You can still do the lower hikes, but check the conditions and local information first. There will still be plenty to hike regardless. Higher trails may be covered in snow, especially in the late part of October.

Autumn weather starts getting colder in October. The lowlands get dense fog slowly engulfing the northern side of the alps. These days can be really gloomy, especially if there’s rain.

Usually, locals start checking the upper fog border (called Nebelgrenze in German) to escape the gray skies. You will typically have to go higher up in altitude to accomplish this. To enjoy the sunshine, you might just have to head up to the next higher town or village nearby. It is not uncommon for the fog to clear up at 1,000 to 2,000 meters above sea level. Most mountains have webcams so you can see if it’s above or below the fog.

With the decrease in temperatures, autumn can also be known for wind storms.

November’s autumn weather in the lowlands is usually cold and foggy. First snow days may also start at higher altitudes.

In most ski resorts, there’s a short break before the ski season starts. It’s normal for higher ski resorts to be open already by late November.

Most alpine mountain passes close in the first week of November.

Autumn in Switzerland: What to Wear

In Switzerland, you should dress in layers during autumn because the weather can be unpredictable. It’s fine to wear short- or long-sleeved t-shirts, knitwear, and pants. Bringing a light jacket will come in handy if the mornings or evenings are cooler or the altitude is higher. Going to high altitude requires an extra layer or a thicker down jacket.

When it’s foggy, I recommend wearing lighter clothes over darker ones. You can also add reflective elements to your clothes. It’s to protect you if you’re walking or biking in foggy or low-visibility weather. For rainy days and slick roads, I’d recommend wearing shoes with good soles.

Even with slightly cooler temperatures, Switzerland is an awesome place to visit during the autumn. You’ve got mild weather, especially in September. As the weeks go by, the country gets colder.

With the game season just around the corner and autumn break for a lot of children, autumn is truly a relaxing and beautiful time to be in Switzerland. The advent season starts around the end of autumn.

Hiking in the mountains is a good treat. When the lowlands stay under fog, the mountains are a great place to visit with the sun on your face. It’s also a good time to go if you’d rather travel during shoulder season instead of peak season.

In autumn, you’ll get to see beautiful fall foliage in the alpine regions, all the great autumn and wine markets, and the traditional alpine descent that’s celebrated all over the country. Autumn is a great time to visit Switzerland.