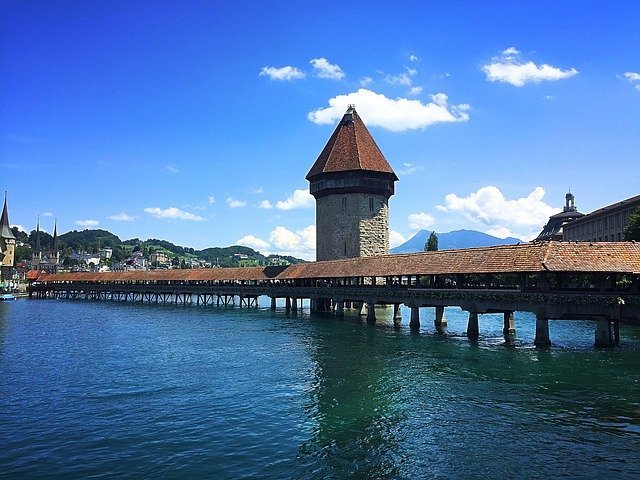 There may be stunning Alpine mountains in Switzerland, but there is another place that few if any, would miss: the city of Lucerne. In German-speaking Switzerland, Lucerne is a pretty town with a waterfront, shops, and mountains nearby. There are two iconic landmarks here – the Chapel Bridge and the Lion Monument.

Since major tourist attractions in and around Lucerne are open all year round, you could visit them at any time. Nonetheless, you still might want to make an informed decision about when to travel to Lucerne.

It’s easy to see why Lucerne is one of Switzerland’s top cities when you see the scenery along the Reuss River and Lake Lucerne with the Alps as a backdrop. Now, if you were wondering when to visit Lucerne, this is the article for you. Here’s what to expect in Lucerne during the different seasons of the year.

When do tourists visit Lucerne?

Tourists love Lucerne during summer from June to August, when the lake is warm enough and conducive to swimming.

Summers in Lucerne are busy, but it’s not surprising since it’s the best and hottest time to visit. Go in May or early September if you want it to be less busy than the summer months. Come in January and February for the festivals (Light Festival, Carnival).

Unlike some of Switzerland’s major cities, it doesn’t take long to find all the best places to visit in Lucerne.

The best time to visit Lucerne really depends on your plans and preferences. I would recommend late May, June, July, August, and early September. This time of year, the bathing season is in full swing, so you might have an option to dip into the lake.

There’s a caveat: it’s going to be crowded, and it might rain. You might get more comfortable avoiding the main summer school holiday of July if you go in early June or late August.