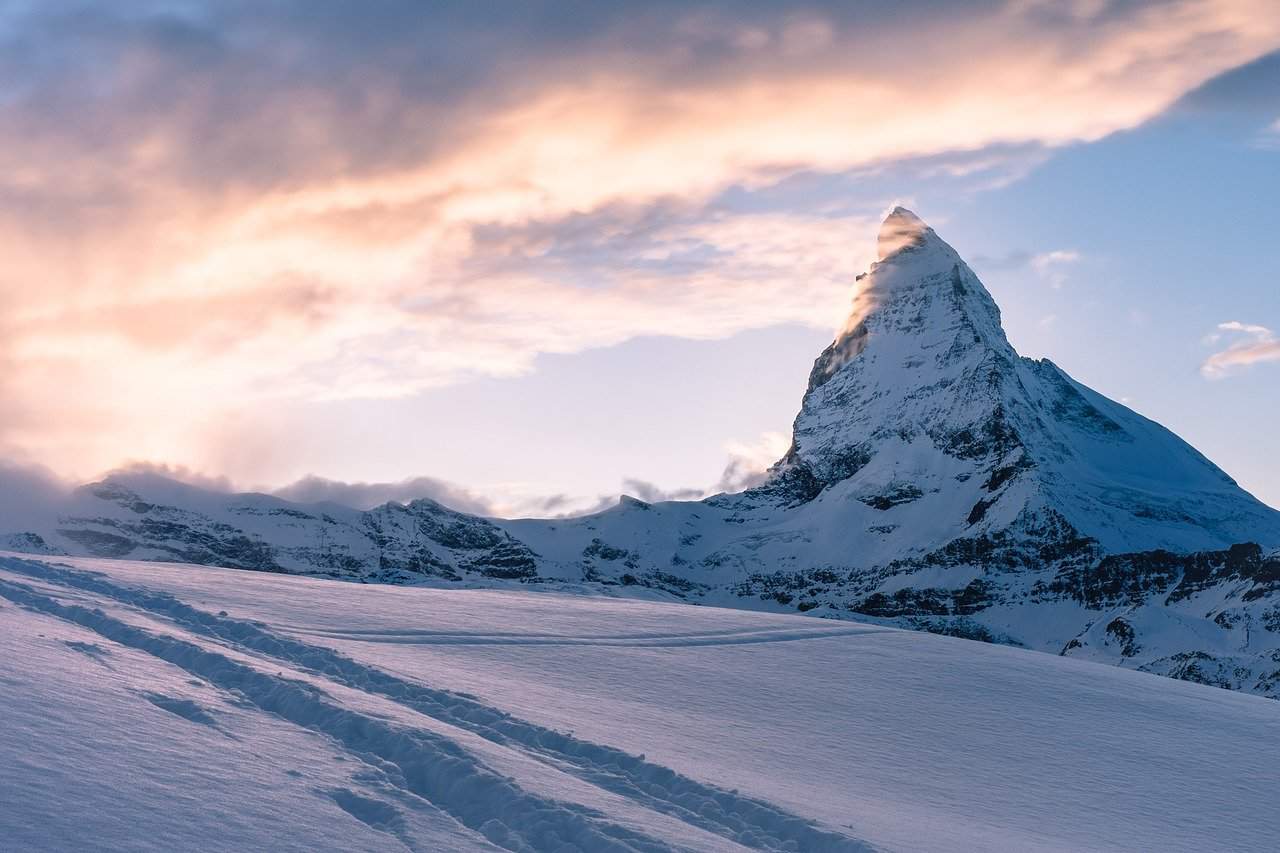 Why is the Matterhorn so famous? And how come so many people travel to see it? With one of the most photographed and visited mountains in the world, it’s a great question. In the Swiss Alps, the Matterhorn is probably the most famous peak.

Contents hide
1 Zermatt: Alpine Resort at the foot of Matterhorn
2 Matterhorn: The Mountain
3 Why Is the Matterhorn So Famous?
3.1 Matterhorn: A Distinctive and Unique Photographic Subject
3.2 Matterhorn Expidition and The Tragedy of Edward Whymper
4 Matterhorn and its Iconic Status
5 Final Thoughts: Visiting Matterhorn in Switzerland
6 Related Posts

Matterhorn’s northern side faces the Matter Valley in Switzerland, while its southern side faces Breuil-Cervinia in Italy. In addition to the Matterhorn, Zinalrothorn, Dent Blanche, Dent d’Herens, Breithorn, Strahlhorn, Rimpfischhorn, and Alphübel, the Pennine Alps make up the peaks all around Zermatt.

Zermatt: Alpine Resort at the foot of Matterhorn

The town of Zermatt is 1,608 meters above sea level, at the end of a long valley called Matter (Mattertal in German). It is located at the foot of the Matterhorn, one of Switzerland’s highest mountains.

The alpine resort Zermatt is renowned for mountain climbing and skiing. . With 360 kilometers of ski slopes, the resort of Zermatt is good for skiers of all levels.

Undoubtedly, the Matterhorn is one of the world’s most photographed mountains. In the canton of Valais on the border with Italy, it is a tourist destination that attracts people from all over the world.

The Matterhorn, known worldwide by its German name, is famed for its almost perfect pyramid shape. 4,478 meters high, its four-sided ridged rocky peak towers over an alpine panorama of unique beauty.

Why Is the Matterhorn So Famous?

There are two reasons the Matterhorn is famous: first, because of its unique, distinctive and beautiful shape. And second, because of its history. Zermatt was once a modest peasant village, but with the first ascent of the Matterhorn in 1865 and the advent of alpinism as a leisure activity, Zermatt became one of Europe’s most important places to visit.

Even though it’s not the highest peak in the Alps, it’s famous for its near-impossible shape; a pyramid-shaped colossus that rises to a height of 4,478 meters. The pinnacle extends over the northern wall and overlooks the four cardinal directions: north, east, south, and west.

A ridged rocky peak, the Matterhorn is just a great photo subject. From dawn to dusk, photographers are transfixed by the Matterhorn, too eager to capture the constantly changing colors.

The Matterhorn might not be the highest mountain in Switzerland. Yet, these four steep walls tower over nearby glaciers and look daunting.

From countless viewpoints, you can see the mountain. A couple of the most famous are the following:

Matterhorn Expidition and The Tragedy of Edward Whymper

Matterhorn was the last Swiss peak of 4,000 meters to be conquered by a man at that time.

The Matterhorn remained relatively unknown until 1865, but a successful climb, followed by the tragic accident of an expedition led by Edward Whymper, resulted in a rout through the mountains surrounding Zermatt.

Matterhorn stayed unconquered until 14 July 1865. It didn’t stop a few brave souls though from trying to climb it. All of them failed.

A mountaineering fanatic, Edward Whymper, made numerous unsuccessful attempts to scale the Matterhorn. Before he succeeded, he tried coming from both sides – Italy and Switzerland. Matterhorn was the last Swiss peak of 4,000 meters to be conquered by a man at that time.

The British expedition led by Edward Whymper climbed it in 1865, 79 years after Mont Blanc. It was the last Swiss peak of 4,000 metres to be conquered at that time. But as often happens, success and misfortune were intertwined.

Matterhorn and its Iconic Status

The Swiss-German name for the peak comes from Matte meaning meadow and horn meaning summit. It is one of the most famous and iconic mountains in the world, despite not being the tallest.

In addition to its iconic status, the Matterhorn continues to fascinate mountaineers. Conquering the summit is tough and requires a lot of expertise from a good guide. The Matterhorn is often acclimatized by climbing other 4,000m peaks in the area with increasing difficulty over 1 to 8 days, including overnight stays in high mountain shelters.

There are 38 peaks over 4,000 meters in and around Zermatt, making it a dream destination for experienced mountaineers.

The Matterhorn is one of the most famous, recognized, and photographed mountains in the world. A trip to Switzerland wouldn’t be complete without seeing it.

Most of today’s danger comes from overexcited, inexperienced hikers who try to climb it without a guide. People usually take the northeast ridge to the top. But please do it with a mountain guide and pay attention to acclimation.

You can see the Matterhorn from various viewpoints in and around Zermatt, even if you’re not a mountaineer. You can also see the peaks of the Pennine Alps and glaciers from one of the panoramic viewpoints.

There’s no doubt that the Matterhorn is famous for a good reason, so don’t miss it when you’re in Switzerland.